Blues, Blanc, Rouge is the name of our special event at the Alliance française of Manitoba for Bastille Day (July 14th), since 2016! This year, the open-air event will take place on the Esplanade Riel.

It is FREE! No reservation is required, come as you are through the evening.

The public will enjoy a concert and a FREE artisanal cheese tasting, and can also eat some Breton crepes from Ker Breizh creperie ...

Our team will welcome you through the evening to present our French courses  and  cultural activities we offer.  The volunteers from l'Union Nationale Française (the French National Union) will be at the cheese tasting stand!

CANCELED - The artist of the night!

This year, we will host the singer,  Justin Lacroix, on the Esplanade Riel, and he will give a live concert!

Winnipeg’s bilingual singer-songwriter, Justin Lacroix, infuses the timeless sounds of blues, folk and roots-rock into a soulful experience. Through his stories of love, loss and life on the road, Justin shares a message of optimism and connection to the world around him.

What is Bastille Day ?


Bastille Day is celebrated by French communities all around the world on July 14th. In France, it is an opportunity to gather and celebrate in "bals populaires", dance parties that often happen in open fire houses for the occasion. In cities like Toronto, Montreal, Vancouver, New York, Sydney and London, thousands of people gather every year to mark this day. It is now Winnipeg’s turn to follow their footsteps and give Manitoba’s diverse francophone community another reason to be proud.

It symbolizes the storming of the Bastille on July 14th, 1789 by the Revolutionaries. 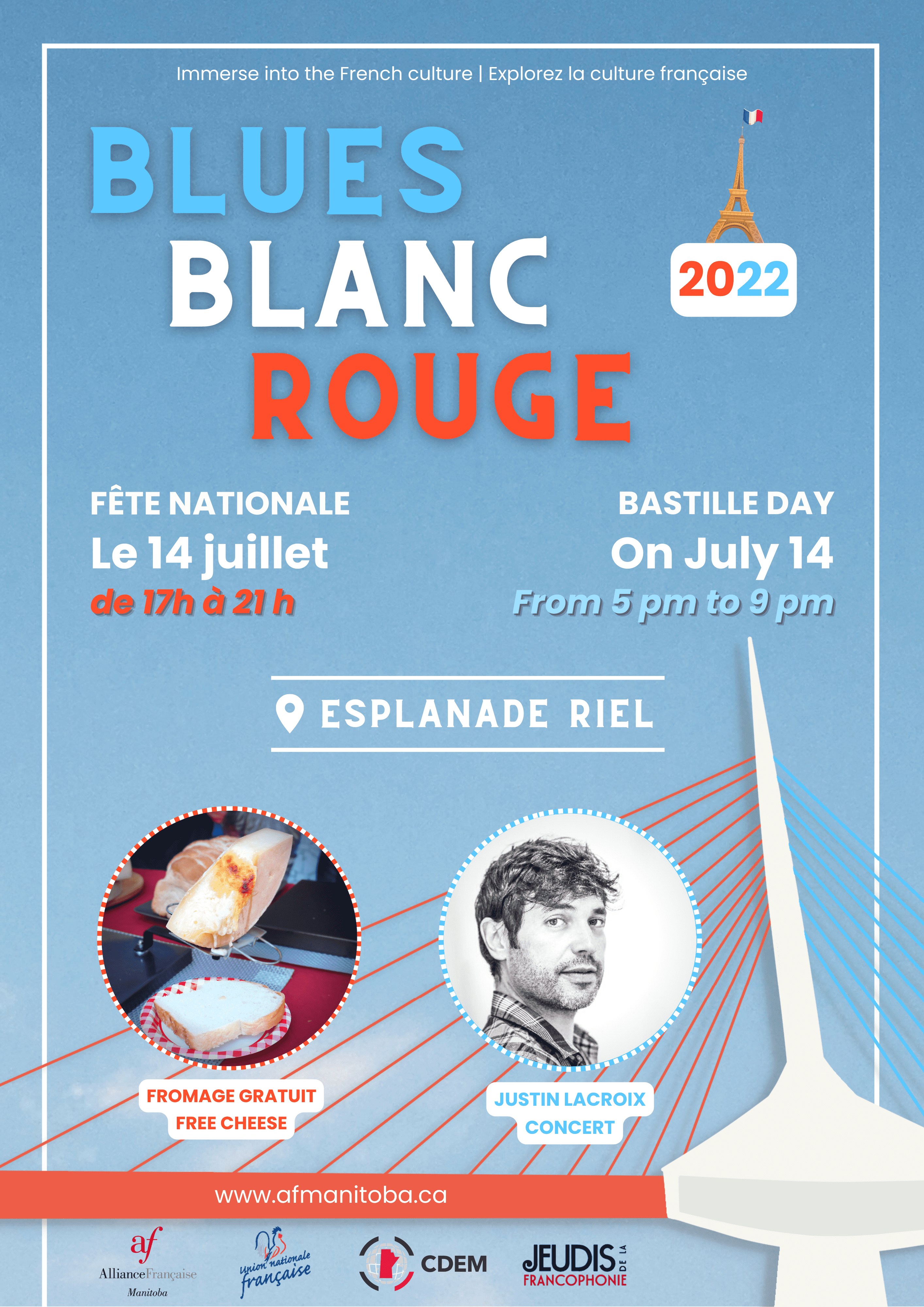 Blues Blanc Rouge - A party celebrated since 2016 in Winnipeg! 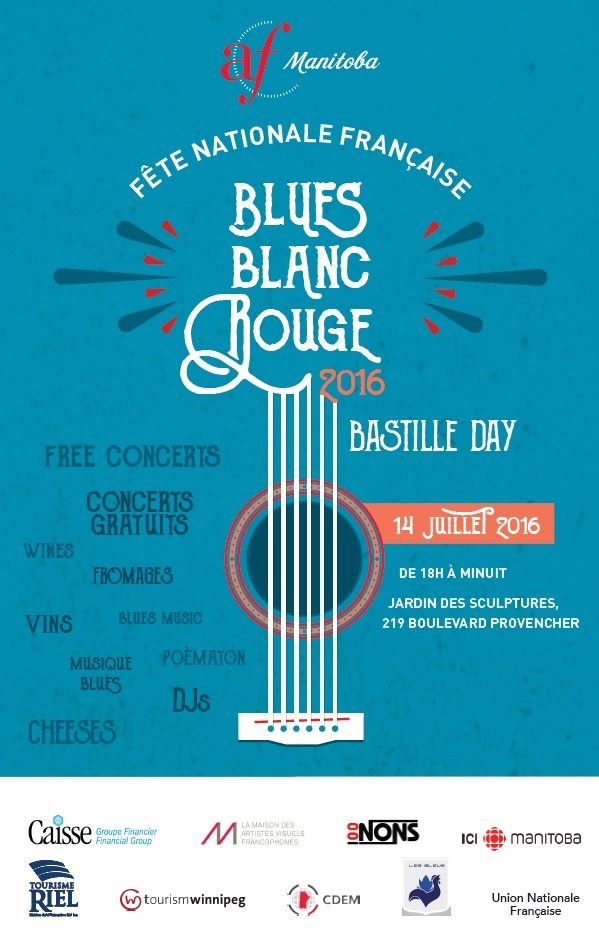 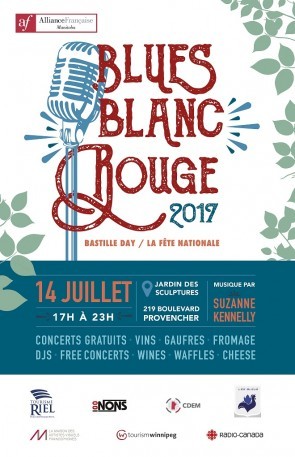 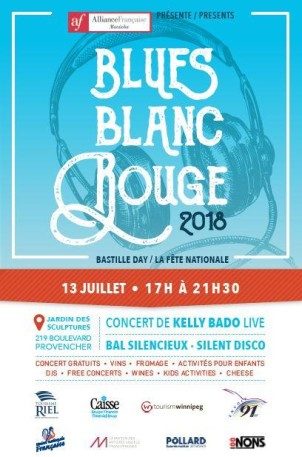 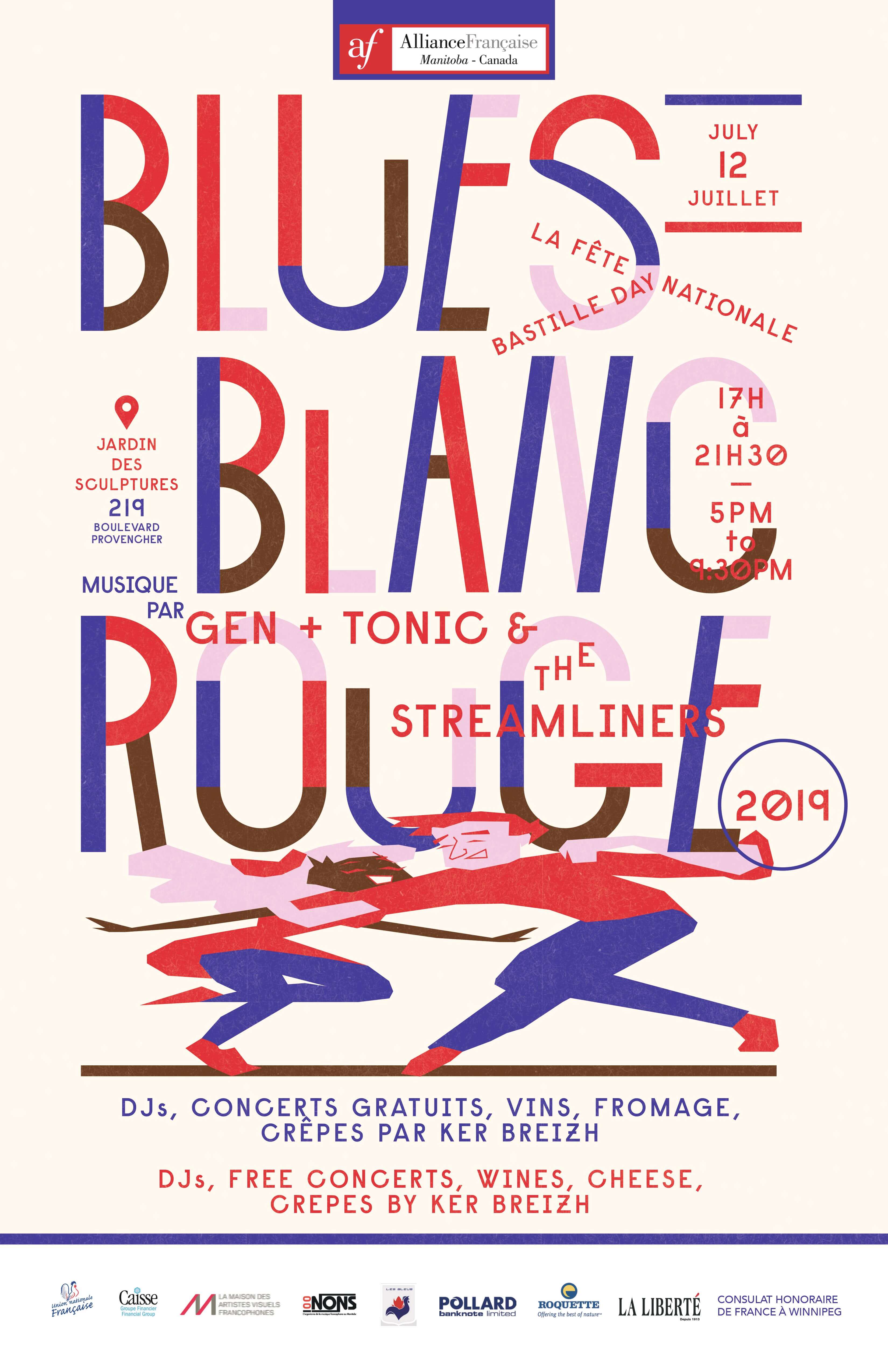 
This event takes place in the scope of the Jeudis de la Francophonie, organized by the CDEM (Conseil de développement des municipalités bilingues du Manitoba). Thanks to our partners :